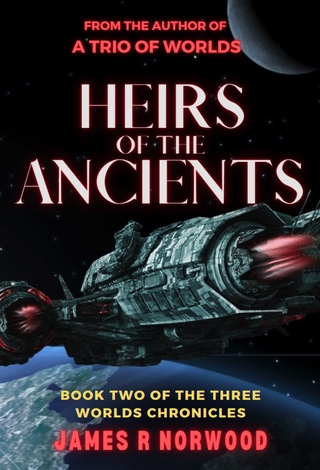 Click on the link below to purchase the book

Heirs of the Ancients: Book Two of the Three Worlds Chronicles

The ancients waited and watched as the ages unfolded before them. They laid their trap in a desolate corner of the galaxy, waiting patiently like a spider, while countless stars, planets, and civilizations were born, thrived, and died out. In the fullness of time, a desperate race of beings, fleeing from their home, was ensnared in their cosmic web, setting into motion a thousand-year struggle for survival, revenge, and dominance.

Without imagining the peril that lay before them, they forged ahead. Their motives and plans blurred the reality of their growing and swiftly approaching doom. Imprisoned by their own greed, the D’lai unwittingly fed the starving ancients, who grew in power and strength, until the day would finally arrive when their dark, consuming plan could be fulfilled.

Haunted by their lust for power, and consumed by their passion for revenge, the D’lai swept into space and were utterly destroyed by their own arrogance. Despite their failure, an ember still smoldered, and finally, emboldened and possessed by the rage and malice of the ancients, they struck once more.

The ancient game, played out over billions of years, would once more consume the galaxy, and this time, should they succeed, no being alive or dead would remain untouched. The final plan was in place, and the D’lai, the heirs of the ancients, were on the move.

A Trio of Worlds: Book One of the Three Worlds Chronicles 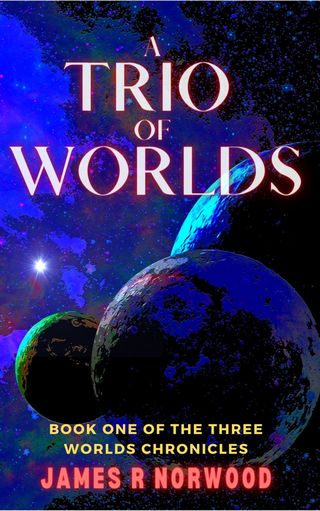 Three worlds fight for their very survival against an ancient alien menace!

Heirs of the Ancients: Book Two of the Three Worlds Chronicles

Gallagher is back as ancient aliens once more endanger the galaxy!